Coronavirus: What you need to know

Get the latest hospital updates, including visitation policies, in response to the Coronavirus.  Learn More

Sign up to receive timely health and wellness updates. 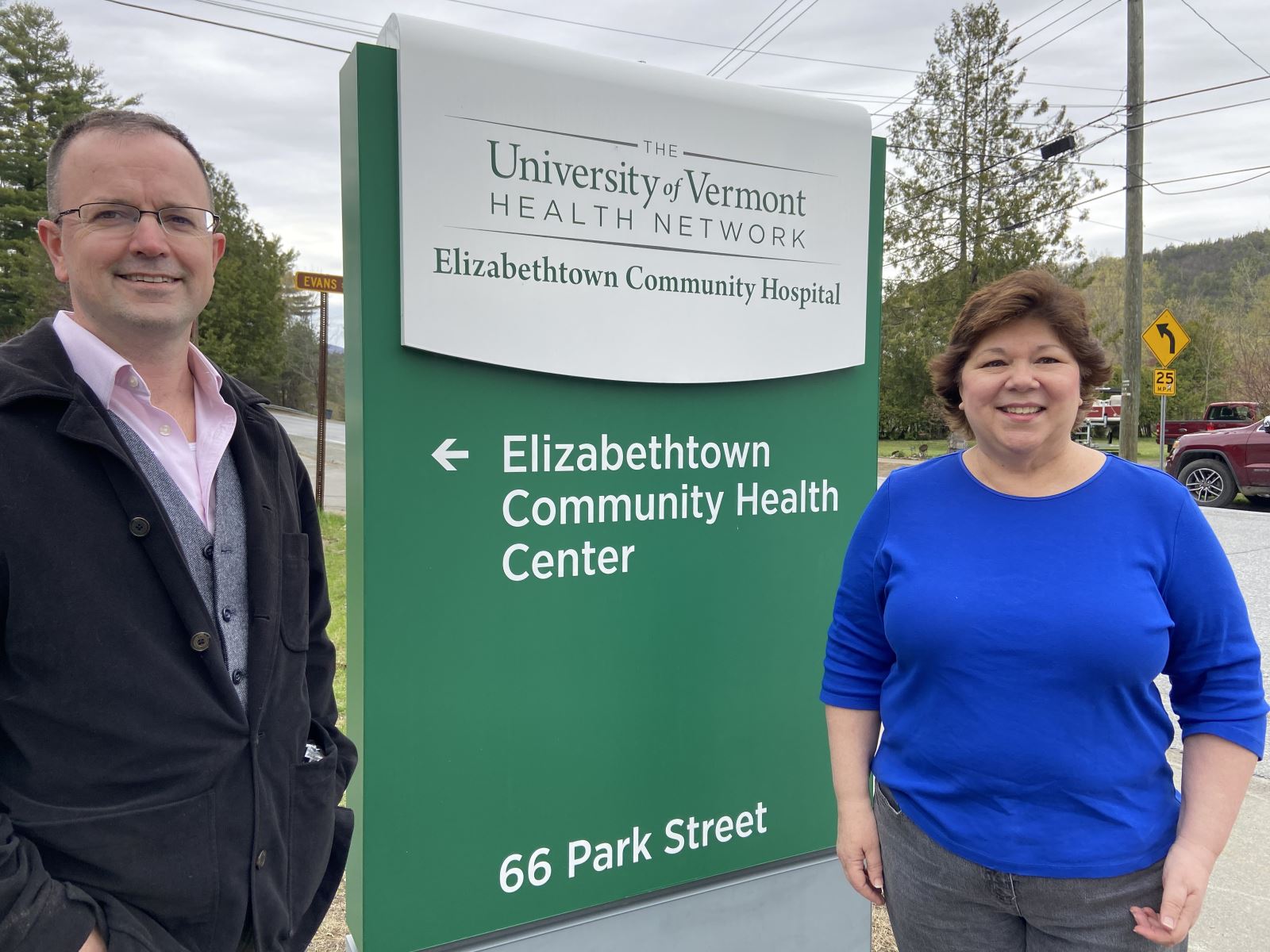 Gayle Alexander started noticing the symptoms of a stroke in the first week of January, 2020. “I was at work and my back was sore, and I was having trouble reaching for my SHIFT key while typing. A couple days later I was losing fine motor control. I held my arm out and I asked my husband to push down on my arm and it went right down.” By that point, she knew just what to do. “We said, OK, we’re going to the Emergency Department.”

Upon arriving at UVM Health Network – Elizabethtown Community Hospital, Alexander was admitted. After a day of rest and observation, she had an MRI, which confirmed that she’d had a stroke on her left side.

During her three-week hospital stay, Alexander received intensive in-patient physical and occupational therapy. “The therapists taught me how to traverse the world with my limited mobility. You really have to rely on them when you can’t walk. They helped me shower, brush teeth, everything. They taught me new pathways to move forward and how to adjust my routines and movements.”

According to the hospital staff, Alexander put in plenty of hard work as well. By the time she was discharged, she was walking the hallways with the help of a walker, and her mobility had mostly returned. “A therapist said to me, ‘I’m amazed at how hard you work at this, and how far you’ve come. Just keep it up!’”

Alexander went home with plenty of determination, a list of upcoming outpatient physical therapy appointments – and some concern about the new virus being reported in the news: COVID-19.

By March 2020, Alexander’s monthly office visits with her primary care doctor, Rob DeMuro, MD, were moved online as a precaution. The transition to telehealth – a doctor’s appointment via video – was new for Alexander, but offered some unexpected benefits. “It was convenient because I couldn’t yet drive,” says Alexander.

Dr. Demuro, agrees: “There are nuances to a patient’s mobility and how they speak after a stroke, so it was important to actually see how she presented herself and how she was improving,” he says. Video visits allowed that just as much as an in-person office visit would.

“It's really heartening to be in such a small town and to have the level of health care that we do,” says Alexander. “I wish I didn’t have to go through it, but it’s been an amazing experience and has given me an inside look at the care ECH provides.”

Although she knows a lot about the workings of the hospital from her time serving on the hospital board, she says “this allowed me to feel more connected and to witness the steps being taken to safely provide care during COVID.”

“It’s clear that for all of the employees, their first thought is keeping people safe, cared for and comfortable.”

According to the American Stroke Association, seeking care immediately is critically important and “may minimize the long-term effects of a stroke and even prevent death.” Find out more about Stroke symptoms.